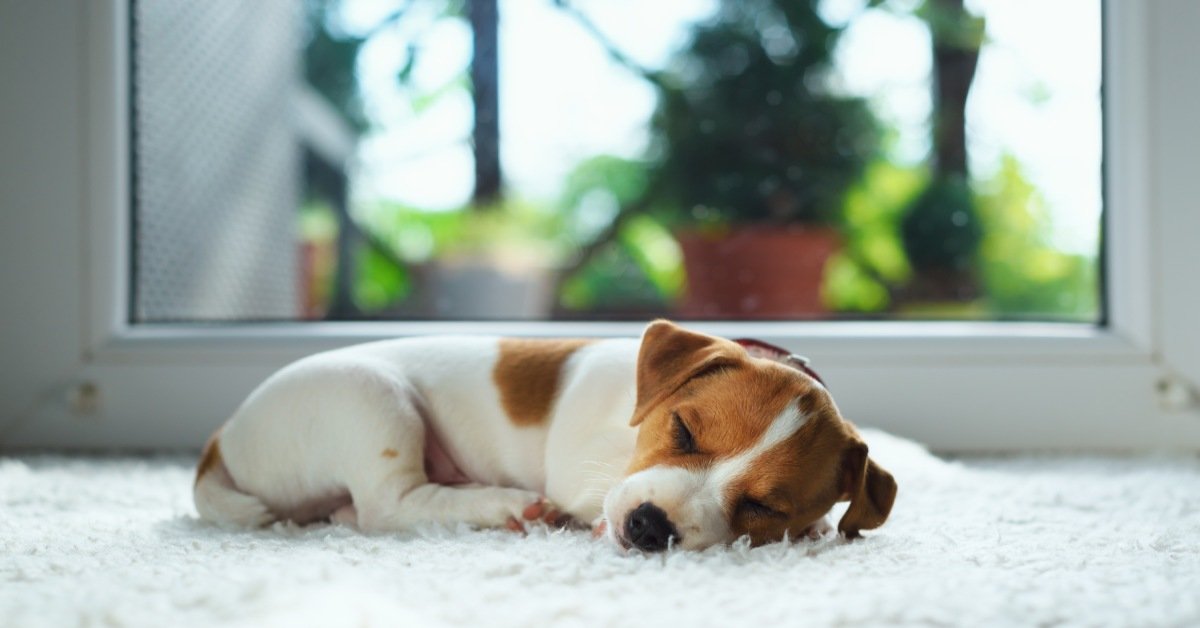 I did something recently that breaks all my rules about maintaining peace and orderliness at home – I got a dog.

My sweetheart of many years has wanted a dog for so long that he finally wore me down, so we are now the people of an eight-week-old Cairn terrier puppy (think ToTo in The Wizard of Oz). He weighs just three pounds and is just about the cutest thing I have ever set eyes on, not to mention the messiest and most exhausting.

Eight week old Cairn terriers are a lot like human babies – they can’t feed themselves, sleep through the night, or tell you when they need to go to the bathroom.

So far, Hudson (we named him after the Scottish butler on “Upstairs, Downstairs, one of our favorite British mini-series) has done a terrific job of training us to know what it is he is thinking about doing before he actually does it. Our record of second-guessing our pup and making it to the back yard in time is impressive, and we have had remarkably few accidents. Until today, that is. Suffice it to say that, just when we thought we were turning the corner on house-training our pup, he taught us not to congratulate ourselves just yet.

The worst thing about puppies having accidents inside is that they will return to the same spot over and over again, because the spot smells like the bathroom to them. Even if you can get the stain out of the carpet or rug, when the odor remains, the poor dog will be seduced by the scented memories of canine kaka into becoming a repeat offender. At least that’s what the dog training book says.

Which is why I was so relieved this morning (pun intended) to be able to grab the bottle of pet stain and odor remover I bought even before I brought Hudson home. I had recognized the product in the pet store as beingon the list of pet stain and odor removal products approved by the Carpet and Rug Institute’sSeal of Approval testing and certification program for carpet cleaning products and equipment.

CRI has always had pet stain products on our list of spotremovers that have passed the Seal of Approval testing. CRI got started testing spot removers and other carpet cleaning solutions some years ago, when random product testing showed us that many of the products available on the market did not work effectively, and some even damaged the carpet.

But odor removal products are a recent addition to the Seal of Approval program. Here’s an excerpt from the press release CRI put out about it.

“To perform the testing, trained personnel test carpet stain and odor products against a rating scale where ten is odorless and one is “intolerable” odor. According to the laboratory that performs the tests, a pet product must score “three performance levels better when compared to plain water” in order to pass the CRI standard. To ascertain a product’s effectiveness against the powerful scent agents in cat urine which tend to grow stronger with the passage of time, odor assessment is performed again 72 hours after the initial test. For the staining component of the testing, products must perform equal to or better than plain water, without causing change in the carpet’s color or encouraging accelerated resoiling.”

All I can say is I’m glad I’m not the trained professional who has the job of determining if these products work. That job would really stink.

However, I am glad that someone is on the job, and that I have products I can count on to undo the doo-doo that puppies do so well. Thanks to CRI Seal of Approval.

← How to Keep Your Workplace and Home Free of Asthma Triggers Clean Carpets: The Top 10 Reasons to Have Carpets Professionally Cleaned →