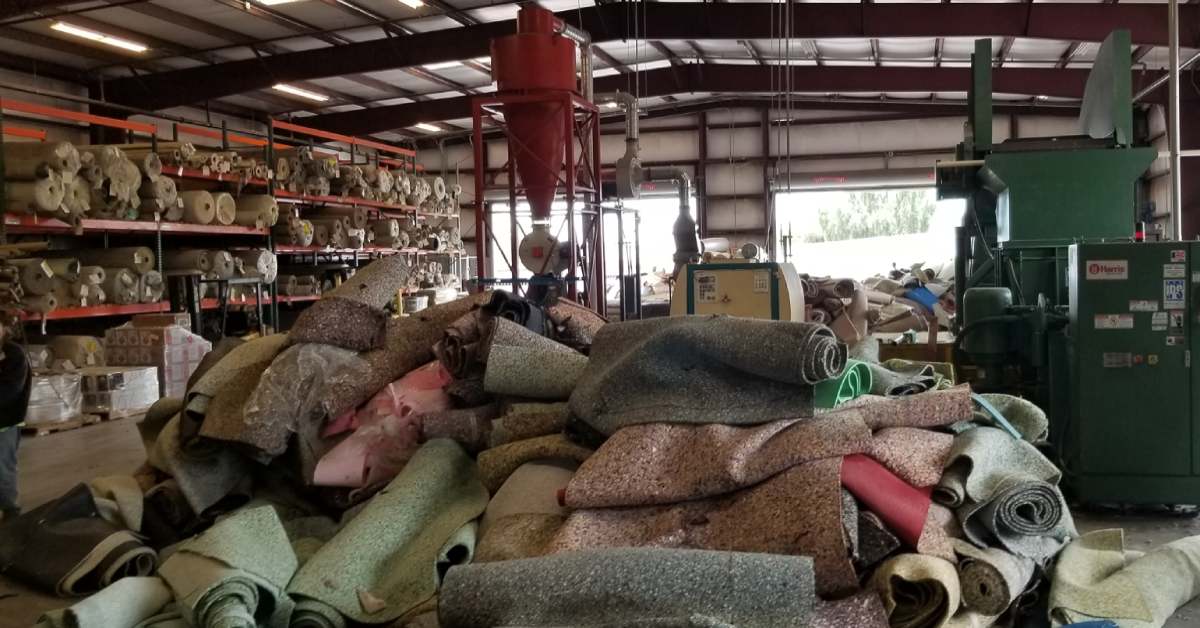 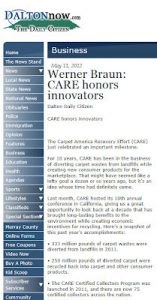 In his May 11, 2012 column titled CARE honors innovators in the Dalton Daily-Citizen, Carpet and Rug Institute President Werner Braun tells Dalton readers about two visionaries in carpet recycling who took the Person of the Year and Recycler of the Year awards at the recent Annual Meeting of the Carpet American Recovery Effort (CARE).

Larry Cook, director of manufacturing initiatives with Beaulieu Group was named Person of the Year, and California-based recycler The Carpet Recyclers took the award for Recycler of the Year.

The article also notes several significant milestones that have been reached since the carpet recycling group was formed in 2002.

“Larry Cook has been a steadfast supporter of CARE and CARE’s mission — the landfill diversion of carpet,” CARE Executive Director Georgina Sikorski told the conference attendees. “He is a generous volunteer who has given freely of his time and professional resources to help CARE take advantage of numerous strategic projects and opportunities.

The Carpet Recyclers got its start collecting carpet face fiber and then expanded in 2010 to include processing and recycling of the entire carpet such as backing, filler, etc.

To date, this company has created more than 100 green jobs and achieved a 90 percent processing rate. Its goal is to become zero-waste by 2013, and the company projects that it will process more than 70 million pounds of used carpet during the first year of operations in its new state-of-the-art facility, thereby saving more than seven million gallons of oil.

“As entrepreneurs and visionaries, The Carpet Recyclers invest time, people and finances to increase carpet recycling in California,” Sikorski said during the conference. “Because of entrepreneurs like The Carpet Recyclers and others in California, we are making progress in meeting AB 2398 goals to reduce carpet going into California landfills, and in creating new products for consumers.”